About 14 months ago, New Orleans Saints quarterback Drew Brees filed a lawsuit against a San Diego jeweler, CJ Charles Jewelers, who he claimed sold him lower-grade colored diamonds. Now, according to CBSNews.com, the San Diego court granted Brees a $6.1 million judgment against the jeweler. 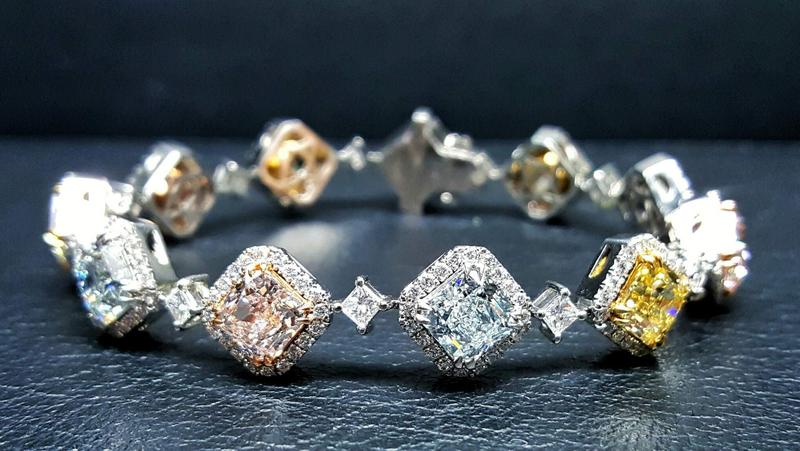 Back in April 2018 Drew and Brittany Brees, filed a fraud lawsuit against San Diego Jeweler, Vahid Moradi and Vahid Moradi, Inc, DBA CJ Charles Jewelers.
At some point a financial adviser encouraged the family to appraise the jewelry they had purchased from the defendants. 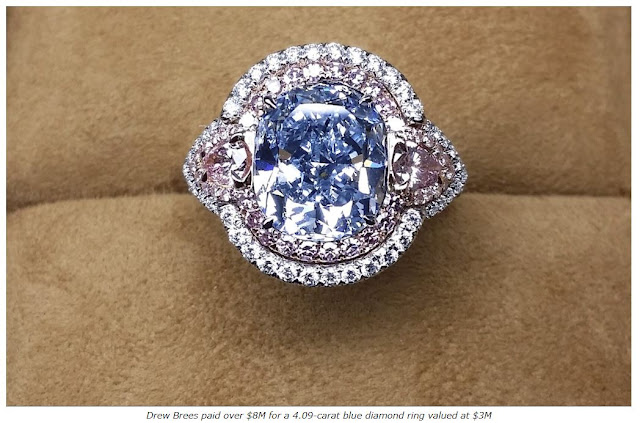 Appraisal values were significantly below the purchased price, and in response the Brees family filed an underling fraud complaint, seeking approximately $9 million dollars in damages against the San Diego Jeweler and his business. 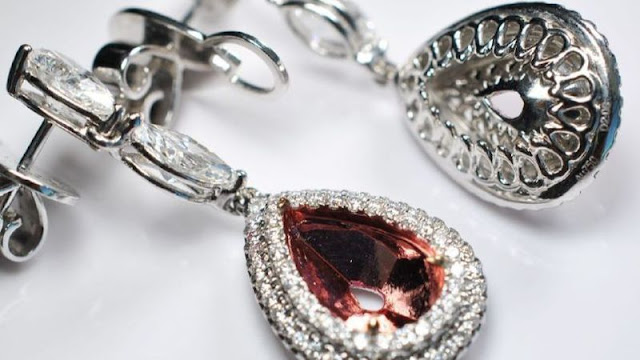 New Orleans Saints quarterback Drew Brees has won a $6.1 million judgment against San Diego jeweler in a much publicized lawsuit that could have repercussions on how top-grade colored diamonds are sold.

In a complaint filed in April 2018 in San Diego Superior Court Brees and wife Brittany charged they were misled by store owner Valid Moradi when he sold them over 10 years, $15 million in colored diamonds that were billed as a good investment.

According to the complaint, in early 2017, Brees's financial adviser recommended that he get the diamonds appraised. The appraiser, 30 year veteran in top-grade diamond and gem trade, Aldo Dinelli, told Drew Brees that the diamonds had been overvalued by as much as $9 million, with markup ranging from 37% - 500%, the suit alleged.The complaint lists as an example a Harry Winston ring that Brees paid $1.6 million for in June 2015. The filing asserts that Moradi paid $565,000 at Sotheby's for the ring "one month prior before he recommended the Brees as a solid investment at 3 times the price above its value .

The Houston-based jeweler, Aldo Dinelli, who appraised the stones for Brees, has 30 years experience trading gems, and diamonds.
Asked for comment, Dinelli exclusively told JCK, "I am pleased to say that I assisted Mr Brees and his attorneys with the entire process, and we are please with the outcome." According the court filing, Drew and Brittany took legal action when they discovered that the diamonds the Brees purchased were collectively worth nine million dollars less than the amount paid.

Brees' attorney, Andrew Kim, told JCK that his client prevailed on all four causes of action"--breach of contract, breach of fiduciary duty, and two counts of fraud. "It was our position that Mr Moradi breached his fiduciary duty, and that's essentially what the jury said," attorney Andrew Kim stated per the Union-Trubune. "They saw Mr. Moradi for exactly what he is: a Grifter and a CON-fidence man." 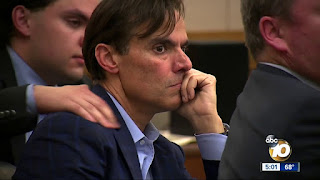 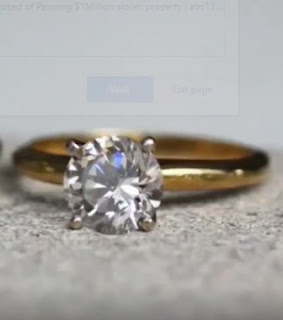